Water damage is one of the hardest types of property damage for people to deal with and when it affects their sink and toilet altogether, then things can get pretty bad. In this case, people will need to consider Flood Pro Restoration’s sink overflow service in San Antonio, TX, but also call us for the toilet backflow cleanup. With that in mind, in the paragraphs below this article will focus on the reasons to why toilets and sinks overflow.Warning: If the water in the toilet bowl has risen to the edge and it looks like it’s going to overflowing, it’s best that you don’t flush the toilet. Everyone should just be patient and only flush it when the level has dropped back to normal. However, there are cases in which the water level will simply not drop and when this happens, it’s recommended to take measures and find out what is causing the blockage.

Foreign objects can easily get into a toilet or a sink and this will most of the times happen to families who have very young kids. This means that anything they can get their little hands on from clothes, diapers, toys and so on, can easily get into a sink or toilet drain. Accidents can happen though and in some cases it’s adults who drop their mobile phone or toothbrush into an open toilet.

Clogging a toilet is very simple and this will generally happen by adding too much tissue to the drain before flushing and as a result, people will most likely clog it and have to call a toilet overflow San Antonio, TX for a proper toilet backflow cleanup. Another way to clog a toilet is to toss items in it that one thinks would flush, but in reality they won’t. Some examples of such objects include tampons, feminine pads, balls of tissue and so forth.

To remove the flushed waste and water, plumbing systems rely on gravity and pressure. In some cases, plumbing that is incorrectly installed may sit at the wrong angle to allow the waste and water to move by gravity, so as a result, they’ll sit in the pipe. When the individual will flush the toilet, he will just add more water into the ball which will eventually overflow. On rare occasions, underground plumbing pipes can be blocked because of tree roots which have either pushed up or grown into the pipe.

THE IMPORTANCE OF TOILET BACKFLOW CLEANUP

For those who have a clogged toilet, it’s recommended they call water damage San Antonio cleanup services to deal with this as soon as possible. If too much water overflows, then it could not only cause damage to the carpets, but also the furniture and electronics. In some cases, fires could start due to short-circuiting.

If you live in San Antonio, TX and have trouble with your toilet, just give Flood Pro Restoration a call for a quick toilet backflow cleanup in San Antonio. Not only are we fast, our services are very affordable and unlike other services, we have no hidden fees. In most cases, we can bill your insurance directly. So call us now at the number on the top right of this page.

What Others are Saying 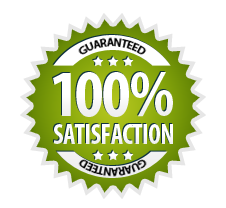